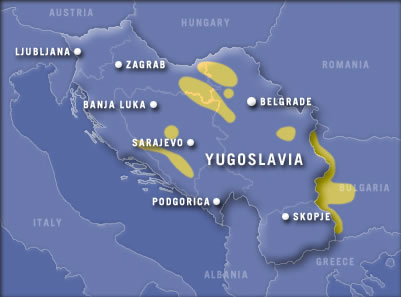 The partisan movement in Yugoslavia was significant. There were 4,572 Jews listed as partisans, 3,000 of whom where in fighting units. Since the Jews were recognized as equals due to a general lack of institutional antisemitism, they did not need to have their own units, and there was nothing Jewish about the makeup of the units in which they served.

The large number of Jewish partisans is especially remarkable given the obstacles they faced in joining the resistance. When the resistance began in the fall of 1941, the majority of the Jews of Yugoslavia had been murdered. Those who could fight had to find a way to reach the remote region where the combat was being waged. 1,318 died in the conflict; 150 received the First of the Fighters Medal. Ten Jews were given the National Hero award, the highest medal awarded by the Yugoslavian government.

A number of Jews became high-ranking officers in the partisan movement including General Voja Todorovic, who became head of the land forces after the war, and Dr. Rosa Papo, the first woman to become a general in the Yugoslav army. Jews took a key position in establishing the medical corps under the direction of Dr. Herbert Kraus. 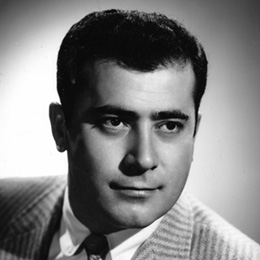 Alexander escaped a forced labor camp and fled to the mountains, where the Yugoslavian partisans, led by Tito, captured him. An excellent marksman and able to speak several languages, Alexander joined and soon climbed the ranks of the partisan unit, quickly becoming a commander of 69 men.
Alexander White
This list of Jewish partisans is based on JPEF interviews and archives, and is not intended as a comprehensive list of all Jewish partisans. 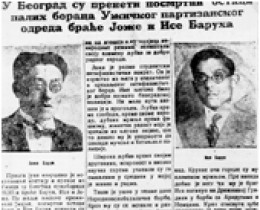