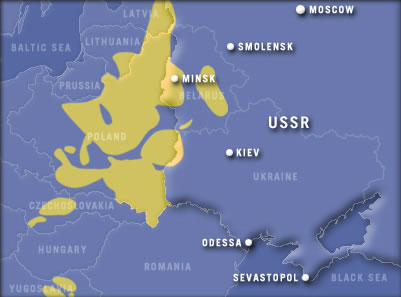 Fewer ghettos were established in the Soviet Union than in other occupied countries. Many Russian Jews were killed by the Einsatzgruppen, the mobile Nazi killing units or in the camps. In Byelorussia, it is estimated that thousands of Jewish partisans escaped the Minsk ghetto into the forests of Slutsk and Koydanov, where they formed seven companies of fighters. According to one estimate, 11,000 Russian Jewish partisans fought in Byelorussia and western Ukraine alone. Others have estimated the number to be between 12,000 to 15,000 – the greatest concentration of Jewish partisans in the movement.

Without the aid of Soviet partisans, the chances of survival for the Jewish partisans were very slim. Beyond the barbed wire and sentries of the ghettos, there were spies in the villages, armed sentries on bridges and on roads leading to the forests, ambushes, or the likelihood of being turned in by peasants paid to inform by the Nazi authorities. Polish, Ukrainian and Lithuanian guerilla bands were often as hostile as the Nazis, and freely killed Jews.

While all-Jewish groups were opposed by the Soviet command, persecution of Jews from within the Soviet partisans was also officially opposed (though often tacitly accepted). In many cases, Jews thwarted the antisemitism by hiding their Jewish identity in order to join. Some also fought as members of independent all-Jewish groups, forming ties with nearby Soviet partisans. Byelorussian Jewish partisan leader Tuvia Bielski and his brothers, for example, combined resistance and rescue to form one of the largest groups of Jewish partisans anywhere. The Bielski group gave shelter to any Jew, regardless of whether or not they could fight, establishing a village of 1,200 men, women, and children inside Nazi-controlled territory, which they successfully defended through the end of World War II. 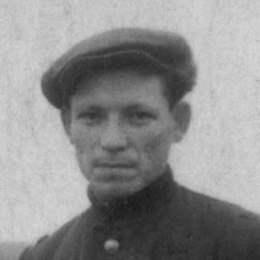 Semyon's partisan unit constructed makeshift mines out of old bombs found in the forest. They took their food from Nazi collaborators at gunpoint and by 1944, their unit was absorbed by an otriad of several hundred fighters, receiving airdrops from the regular Soviet army.
Leon Bakst Joe Kubryk Miles Lerman Semyon Menyuk Brenda Senders
This list of Jewish partisans is based on JPEF interviews and archives, and is not intended as a comprehensive list of all Jewish partisans. 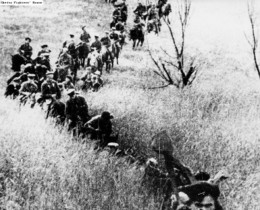