Members of the Communist and Zionist youth movements mobilized their community within the camp for self-defense, and prepared for armed resistance. The Novaky brigade benefited from a strategic locale: the camp was in a region populated by miners and farmers who had no sympathy for the pro-Axis government. With the help of these friendly locals, the Novaky brigade made contacts with other partisans, and arranged to receive aid and weapons in the event of an armed uprising. While large-scale preparation was difficult in the camp, the Novaky group developed a military model of organization, arranged for the escape of the camp's non-fighting members, and carried out regular, secret drills with actual weapons.

On August 28, 1944, the Novaky brigade took control of the concentration camp, declared all inmates free, and called upon the able-bodied among them to join the uprising against the government. Two hundred and fifty prisoners joined the partisans. The next day, the Novaky brigade took part in the Czechoslovakian uprising as part of the wider Czechoslovak insurgent forces. With another unit, they occupied two towns populated by active Nazis, engaging in intense gun battles. The Novaky group continued to carry out armed resistance through 1944, gaining commendations even from their enemy. One German commander wrote to the Novaky leader, "I am – no, I had better say, I was an antisemite. Thank you for your men, both living and dead." In honor of their service to their country, 166 Jewish partisans were awarded the Order of the Slovak Uprising. 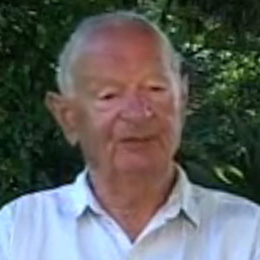 As a rebel soldier, Meir learned how to use a gun and helped his countrymen cut off the retreat lines of the fleeing Germans. Meir later secured non-Jewish identity papers and slipped off into the rebel stronghold of the Slovakian mountains. He spent several months fighting alongside the Soviet partisans, conducting sabotage operations and search-and-destroy missions.
Romi Cohn Martin Petrasek Meir Porges
This list of Jewish partisans is based on JPEF interviews and archives, and is not intended as a comprehensive list of all Jewish partisans. 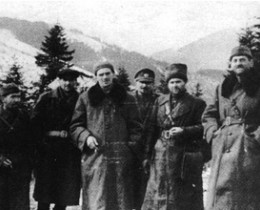