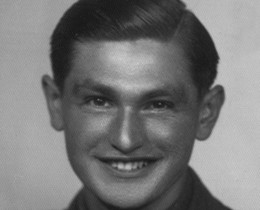 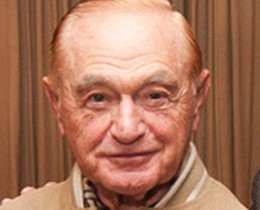 Photographed by Mitch Braff in April of 2004

Martin Petrasek was born in Chust, Slovakia in 1926. In 1938, Czechoslovakia became the first victim of Germany's expansionist plans when the Sudetenland was annexed. However, the region of Slovakia was granted autonomy in return for supporting the Nazis and rounding up and deporting its Jewish population. Martin got a job in a furniture factory, where the foreman protected him. However, he still lived in constant fear of being sent away. When he fell ill and was sent to a sanatorium in the mountains, he took the opportunity to leave and sought refuge in a monastery.

While at the monastery, Martin found a partisan pamphlet calling on Slovaks to resist the occupation. He decided that it was time to fight back. A local sympathizer gave him the name of a contact for the resistance in a nearby town. Martin found the man and was inducted into a partisan brigade. Martin worked as a spy, scouting the movements of troops and conducting hit-and-run attacks against local German forces. Soviet paratroopers had organized his brigade, and they regularly airdropped supplies to the partisans.

After the German defeat at Stalingrad in 1943, public opinion in Slovakia began to turn against the Nazis. In 1944, Slovaks staged a widespread uprising against their occupiers. However, the uprising was short-lived. Hitler sent in elite SS units that brutally repressed the resistance and, as the Germans were driven back from Russia, they conducted cleanup operations.

The brigade knew that retreating Nazis were scouring the forest and killing every partisan they found. Instead of staying in the path of the Germans, Martin's brigade decided to advance to the front to reunite with the Red Army. They met up with the Romanian Army en route and were liberated.

Martin joined the Czechoslovakian Army and became a military police officer responsible for punishing soldiers who deserted from the front. After the war, Martin defected from Soviet-controlled Czechoslovakia, entering West Germany before moving to Israel. Martin eventually immigrated to the United States in 1959. Martin passed away on May 28 2020 surrounded by his family. 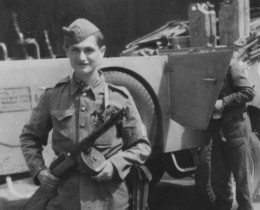