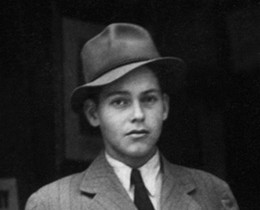 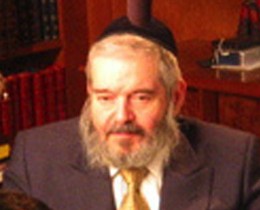 Romi Cohn was born in Bratislava, Czechoslovakia on March 10, 1929. He was only ten years old when Germany invaded his country in 1938. When mass deportations of Jews from Slovakia began in 1942, his family was granted an 'economic exception' and allowed to stay. However, as the war dragged on, they realized that their position was becoming dangerous. Romi was eventually smuggled over the border into Hungary.

Unable to speak Hungarian, Romi knew that merely opening his mouth exposed him as an illegal refugee. He settled in a small town and enrolled at a local yeshiva, where the headmaster was sympathetic to his plight. He continued his education until 1944. When Hungary formally joined with the Axis and began mass deportations of Jews, Romi returned home to Czechoslovakia, this time carrying forged Christian identification papers. Romi became an informal member of the underground and used his connections to help find housing for Jewish refugees and supply them with false Christian papers. The identity papers he made were very realistic; a connection working at Gestapo headquarters supplied him with German seals to stamp the documents.

Eventually, Romi was arrested on suspicion of carrying false documents and, after a daring escape, he decided to join the partisans hiding in the mountains. To reach the mountains, Romi forged a German military travel order, sending him to the last German outpost before partisan-controlled territory. "[The Germans] all shook my hand and wished me luck. They thought I was going to go strike a blow for the Reich," Romi remembered. By the time he joined the partisans, the Germans were already in retreat. Romi's brigade drove them back westward while capturing, interrogating, and executing SS officers. When Hungary was liberated, Romi returned to Czechoslovakia. Romi wrote a book about his wartime experiences, entitled The Youngest Partisan.

On January 29, 2020, in honor of International Holocaust Remembrance Day, Romi delivered the opening prayer before the United States House of Representatives and shared his story of resistance and resilience as a Jewish partisan. 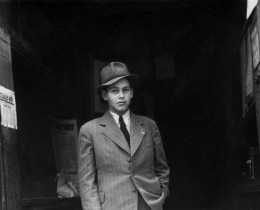