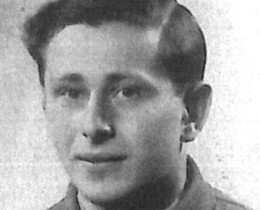 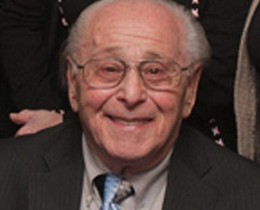 Leon Bakst was one of four siblings born to a wholesale merchant in Ivie, a small Polish town 73 miles west of Minsk. Leon was 15 when the Germans occupied Ivie, Poland in the summer of 1941 and forced the town's Jews into a ghetto. When they asked Leon's father what he did for a living, he lied and told the Germans that he was a brush maker. His father assumed that the occupiers would have more use for a tradesman. His assumptions were correct: he was spared from the initial massacre of Jewish men.

Months later Leon and his older brother, along with 200 other young people, were deported to a labor camp in Lida. The tragic separation from his family saved Leon's life, but he never got the chance to see his parents again. He learned later that the Germans destroyed their ghetto shortly after he left.

The labor camp was located in a railroad yard, and the prisoners slept in boxcars. Their food rations were meager and their futures uncertain. Having heard about partisan groups living in the nearby forests, twenty of the youngsters decided to risk escape and join them. The prisoners had one tremendous advantage: the Germans were using the railroad depot to unload weapons and ammo taken from the retreating Russians. By slowly stealing rifles and stashing them in the ground, the prisoners were able to arm themselves before fleeing.

The two brothers were familiar with their surroundings, making it easier for their group to travel at night. The rifles they stole from the Germans also ensured that the group was fed along the way. When they finally reached the Naliboki forest, the group encountered the Bielski Brigade which at the time numbered approximately 200 partisans. Arriving with rifles, the newcomers were quickly accepted.

Leon's duties ranged from guard duty to food-gathering missions to railroad sabotage. Leon had many close calls. Once, the Germans encircled the forest and started shelling it to try and flush the partisans out. With bullets flying and German planes dropping bombs, his group made their escape through a swamp. "I could hear 'tsch, tsch.' The bullets were falling in the water right beside me and, you know, I was not afraid at all. I was just like I've been— normal, you know, and I kept on," Leon remembered.

After the war's end, Leon managed to leave Poland with his brother and Libby, a partisan from another otriad and Leon's future wife. They eventually made it to a Displaced Persons camp in Munich, where Leon met Allen Small, a boyhood friend from Ivie who fought with a Soviet partisan otriad. It would be 65 years before they saw one another again. (For more on their story, see JPEF's documentary "The Reunion.")

During the four years they spent in the Displaced Persons camp, Leon and Libby got married and their first child was born. They immigrated to the United States in 1949. Leon and Libby were the parents of two daughters, Marsha and Paulette (Pepe), and had two grandchildren and five great-grandchildren. Leon passed away on February 10, 2021, at the age of 97. 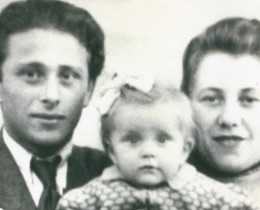 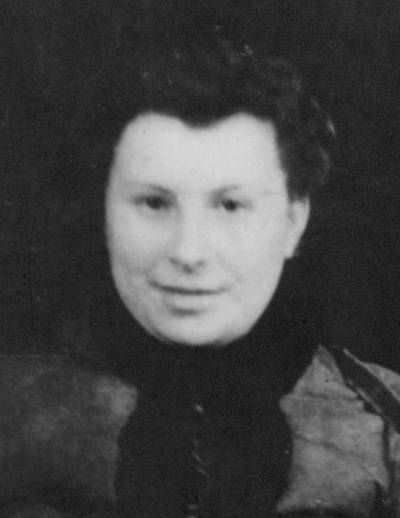