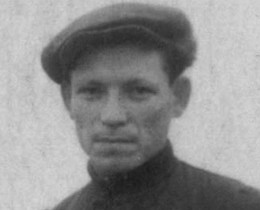 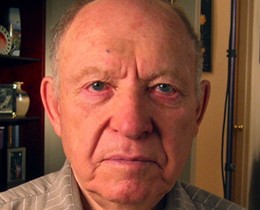 Semyon Menyuk was born in the village of Komarovo, Ukraine, in 1922. The son of a woodsman, Semyon gained an intimate knowledge of the forests around his village as a child, knowledge that would later save his life. Before the war, Semyon remembers relations between Jews and Gentiles in his village as peaceful. All of that would change in the spring of 1941, when Hitler broke the Non-Aggression Pact and invaded Ukraine. In a matter of days, Nazis occupied Semyon's village, and he and his family were sent to a ghetto in a nearby town.

The Germans began their 'liquidation' of the Ukrainian Jewish population in 1942. Rounded up and put on the back of a wagon with the other men in his family, Semyon made a desperate bid for survival, jumping out of the wagon and running into the forest, while the German soldiers shot round after round at him. The daring young escapee would be the only member of his family to survive the war.

Semyon spent a year living in the forest with another Jewish refugee. Filthy, starving, and hunted, the two young men relied on Semyon's knowledge of the woods for protection, and on a friendly villager for food and information. Eventually, this villager helped them meet up with a small band of escaped Russian POWs, and their careers as partisans began.

Initially, Semyon's unit was undersupplied. They constructed makeshift mines out of old bombs and sabotaged the Germans whenever they could, taking their food from Nazi collaborators at gunpoint. By 1944, their unit had steadily grown in number, becoming incorporated into an otriad of several hundred fighters, and they began to receive air support from regular Soviet forces. In the late spring of 1944, Semyon and his fellow partisans were absorbed into the Russian Army and sent across the Bug River to capture German officers. While carrying out his mission Semyon was wounded in the leg. He would remain in a Soviet hospital until after the end of the war. Eventually Semyon immigrated to the US and settled in New York. Semyon Menyuk passed away in 2009. 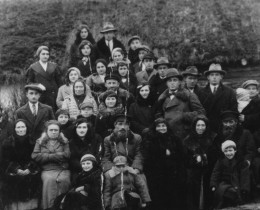