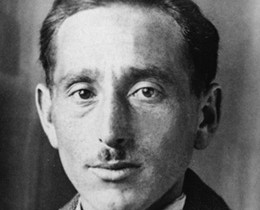 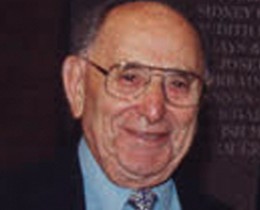 Miles Lerman was born in the Polish town of Tomashov in 1920. Tomashov had a vibrant Jewish community and a strong Zionist movement. As a child Miles trained with Zionist seminarians, planning to immigrate to Palestine and live on a kibbutz. His dreams were shattered by the German invasion of Poland in 1939. Tomashov was located only ten miles west of the Soviet-German dividing line. When the Germans invaded, the Lerman family fled east to Lubov in modern-day Ukraine. In 1941, the Germans invaded Russia. Many young people fled further east, hoping for safety deep in Russia, but Miles decided to stay in Lubov and care for his mother.

As 1941 drew to a close, the Jewish population in Lubov became increasingly segregated from the Ukrainian population, and rumors of German massacres became frequent. In early 1942, Miles was sent to a slave labor camp. When he and other fellow inmates were sent to a remote quarry site to break rocks, they decided to take their chances. Using their shovels, they killed their guards, stole the weapons off their bodies, and escaped into the woods. In the Ukrainian forest they joined a Jewish partisan unit formed by other escapees.

Miles remembers that, for the next two years, the job of his brigade was to create havoc. They raided German outposts, destroying food and munitions supplies, and continued to build their arsenal. Unlike more militaristic Soviet brigades, Miles' brigade also served as a family camp. Women, children, and the elderly were given food and shelter, and the fighting unit dealt out harsh justice to any local collaborator who dared turn a refugee over to the Nazis.

Miles Lerman passed away in January 2008. 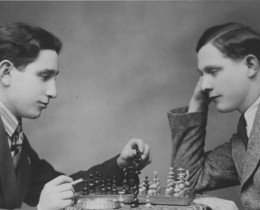