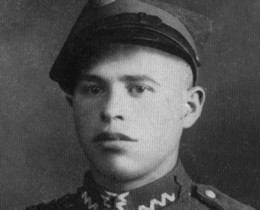 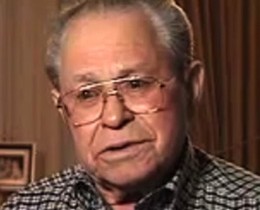 Abe Asner was born in the district of Lida, Poland on October 19, 1916. In 1938, Abe followed in the footsteps of his brothers and joined the Polish army. On June 22, 1941, Abe was visiting a cousin in Lithuania when he awoke to the sight of German planes littering the sky with bombs. When German tanks surrounded the ghetto where Abe and his brothers were staying, they had to make a choice: remain among the 3,000 Jews who were facing imminent death or flee to the forests. Abe disappeared into the trees with nothing but the clothes on his back.

The forest proved to be a breeding ground for resistance fighters. Soon Abe was among the 60-some Jews and Russian POWs running missions. His military training gave him the skills to kill German soldiers who attempted to search the dense forest. In the beginning, Abe thought the resistance would only last a few weeks. It continued for over four years, and his partisan unit grew to several thousand people, including the woman who became Abe's wife.

Abe and his brothers were successful in many missions, ranging from sabotaging enemy supplies to halting German food convoys to rescuing Jews from ghettos. They frustrated the Germans with their efficiency under the cover of darkness. "The night was our mother," Abe remembered. Eventually, the Germans placed a bounty on their heads. "So much money to catch us, dead or alive," he recalled.

The ongoing violence of the partisan missions wore away at Abe's psyche. When the war finally ended, he worked hard to adjust to normal life. Despite the physical and emotional scars he carried, Abe knew his deeds helped shape the lives of countless people.

Abe's passion burned brightly when he recalled his partisan days. "We didn't go like sheep. We did as much as we could. We did a lot," he said. "People should know somebody did [fight back]. People should know."

After the war, Abe moved to Canada with his wife. They had two daughters and four grandchildren. Abe Asner passed away on May 26, 2015, at the age of 98. 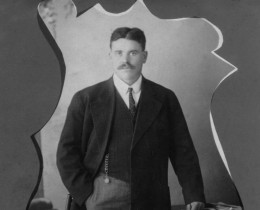