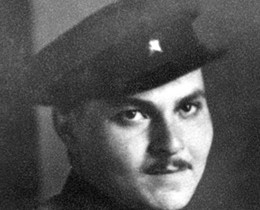 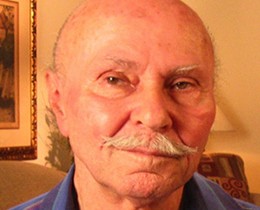 Sam Lato was born in the town of Baronovich, Poland on February 24, 1925. East of Warsaw, Baronovich became part of Soviet Poland in 1939. Sam and his family would not have direct contact with the Nazis until the German invasion of Russia. In the summer of 1941, his town was occupied. A few months later, the Baronovich Ghetto was created. Sam became a part of the resistance in the ghetto before he learned about the partisans. In Baronovich, he made cigarette lighters to barter on the black market and smuggled in medicine and bullets.

In the spring of 1942, the first major massacres began in Baronovich. Through luck, Sam was spared from death numerous times, but in the autumn, in the wake of a second major death squad attack, he decided to take his chances and flee into the forest. Many of the other young men in the Baronovich ghetto had the same idea; when Sam finally reached a partisan encampment he learned that there were already more than a hundred Jews from Baronovich in the brigade. On one of his first missions, Sam met a young female partisan who made a deep impression on him. They bonded quickly and within months, they were conducting missions together as husband and wife.

Initially, Sam's brigade suffered from a lack of supplies. They had no explosives to carry out sabotage, and the camp itself was ravaged with typhus-infected lice. But in the spring of 1943, they began to receive direct support from Moscow. New clothes, weapons, and medicine were air dropped to them by Russian planes, and elite Soviet paratroopers were sent in to help them coordinate their activities. Sam was chosen as a paratrooper auxiliary, accompanying the Russians on their missions.

In 1944, Sam was liberated by the Russians and joined the Red Army in their advance to the Baltic Sea. Sam and his wife remained in the USSR for several years following the war before defecting and fleeing to West Germany. They eventually immigrated to the United States, where Sam lives today. 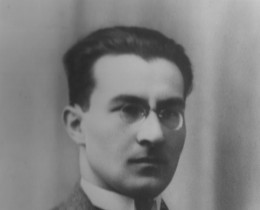