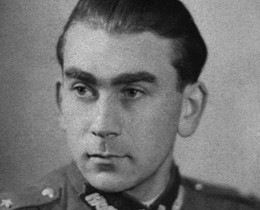 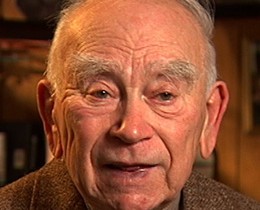 Norman Salsitz was born on May 6, 1920, in a small town in southern Poland. Though he had gone by seven different names in his lifetime, Norman Salsitz had always been the same person: tough, resourceful, and honest. The youngest of nine siblings, Norman was among the Jewish inhabitants forced into a ghetto in June of 1941 by the Germans. Looking for strong labor, the Germans selected Norman and other healthy young Jews to dismantle recently decimated ghettos. While Norman worked to destroy any remaining signs of his heritage and religion, the Germans began sending his friends and family to the death camps. Norman knew that with each ghetto they demolished, the workers drew closer to their own murders.

In October of 1942, Norman organized an escape group of 55 people and fled to the surrounding forest. He had some money he had found during his ghetto work, and he used it to buy his first revolver. The sympathetic Pole who sold him the weapon also led Norman to a group of resistance fighters in the woods. These fighters fought through harsh weather conditions on rough terrain to dismantle and damage German railroads, mills, and police stations.

In 1944, Norman joined the AK Polish Underground, despite the strong presence of antisemitism. He knew that as a Jew, he would never be able to make the contribution to defeat the Nazis he wanted to without disguising his Jewish identity and joining the powerful AK. Norman worked with the Underground to defeat their common foes until the command was given to seek out and kill Jews being hidden on a farm. Norman volunteered for the mission, killing the Poles who had been sent with him, and rescued the Jews in hiding. He then fled the AK and returned to his original partisan unit, where he remained until he was liberated by the Soviets.

Norman Salsitz's mother's dying wish was for her son to keep their stories alive. He has honored that wish by writing books and speaking about his war experiences. From the horrors of mass murder to the inspiration of weary fighters singing hymns, Norman fought for the truth.

"This is why I keep going," he said. "We have to tell the world what the German murderers did to us." 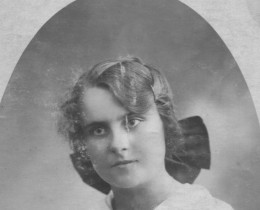