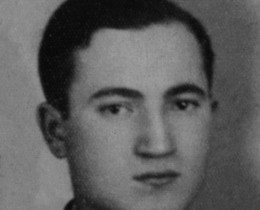 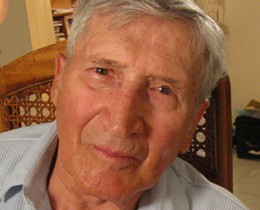 Noah Lewin was born in Vilna, Poland, in 1916. By 1939, when the Soviets annexed his city, he was firmly established in the community with a wife and a job at the local fur processing plant. But with the German invasion of 1941, all former stability was swept aside. He continued to work at the fur factory, earning him the right to live in worker's barracks instead of the main ghetto. But by 1942, Noah had joined Abba Kovner's Jewish underground, the FPO (United Partisan Organization).

In 1943, things changed dramatically once again. Amidst rumors of liquidation, Noah's wife gave birth to a son, and a few months later the unsuccessful Vilna uprising was launched. With the FPO's defeat in Vilna, Noah was prepared to escape into the forests, but his wife refused to leave her parents. Hiding their newborn son with a Gentile family and bidding farewell to his wife, Noah took to the sewers with the rest of Kovner's guerrilla force and disappeared into the woods, setting up a base in Radnicka Puscja.

Over time, the Kovner camp would evolve into a makeshift shtetl (village). Next to the zemlyankas that Noah had helped construct, steam baths were built along with a kitchen where camp members could bake bread and barter it for supplies from Russian troops. As a partisan, Noah became versed in the art of sabotage, cutting down telegraph wires, taking apart railroad tracks, mining roads, and conducting sniper attacks against German forces.

In 1944, the war on the eastern front came to an end and the liberated Kovner group dispersed. Noah first returned to Vilna, hoping to reunite with his family. While he found his son and claimed him, he discovered that his wife had died in the camps. Noah remained in Vilna for a year, remarrying before fleeing the Soviet Union and crossing into West Germany. From Germany, Noah and his family went to Israel, staying there for eight years before immigrating to America. Noah passed away on December 2, 2011, in Miami, Florida. 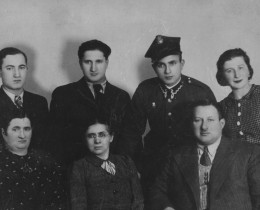