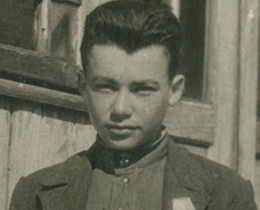 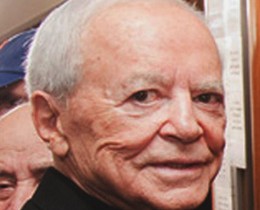 In December 1942, soldiers opened the gates of the ghetto in the Polish town of Ivie to deport the town's remaining Jews to concentration camps. The Jews were told they would be sent to labor camps, but fourteen-year-old Allen Small had seen what the Germans did to his parents; he knew something much worse was in store. When it seemed like the guards weren't looking, Allen dashed out of the crowd and through the gates of his hometown. Bullets flew past him; one pierced the sleeve of his jacket. He just kept running until he was well out of sight.

Before the war, Allen lived with his parents and sisters in Ivie, a small town 73 miles west of Minsk. In the summer of 1941, the German Army occupied Ivie and massacred 220 of its most influential Jewish men, including Allen's father who was a businessman. Nine months later, the Germans returned for more. As the soldiers and their collaborators neared, Allen's mother insisted that Allen hide in the attic, telling him all the while, "You must survive!" The soldiers left without finding him, but the rest of his family was not so fortunate. His mother, grandmother, and two sisters perished on that day along with 2,500 other Jews.

Allen stayed on the run for months, moving from town to town to evade the Nazis and antisemitic Poles hunting Jewish escapees. Mistaking him for a brigand, a Russian partisan unit eventually captured him. Luckily, a family friend vouched for his good character and cleared up the misunderstanding. The partisans let Allen join their brigade and gave him a rifle. At age fourteen, Allen Small became a partisan fighter with the Stalinskaya Brigade.

His brigade was active in the Naliboki Forest and its surrounding areas which was also the home of the Bielski Brigade. The forest's dense, impenetrable swamps offered protection but made movement through the forest a battle in itself. At one point, Allen and his comrades crossed a swamp so deep they had to use reeds as snorkels to get through.

Allen's role as cavalry scout was one of the riskiest in the brigade. He and two other scouts rode on horseback ahead to obtain vital information for their superiors, acting as their eyes and ears on the battlefield. If trouble awaited the partisans, Allen was one of the first to see it.

After the liberation of Poland, Allen was drafted into the Soviet Army. In 1946, he was able to sneak over to the American Zone with the aid of a Zionist organization. He ended up at a DP (Displaced Persons) camp in Munich, where he ran into Leon Bakst, an old childhood friend who had also survived the war as a partisan. After Munich, they would not see each other again for sixty-five years. (See JPEF's film The Reunion for more of their story.)

In 1947, Allen made his way to the United States. He served in the US Army and afterwards worked in New York for the fashion industry. He has two children, eight grandchildren, and two great-grandchildren. He currently lives in Florida. 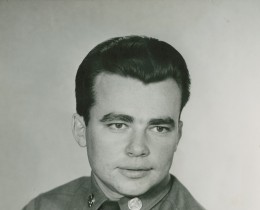 See Allan with Partisan Leon Bakst in 'The Reunion' 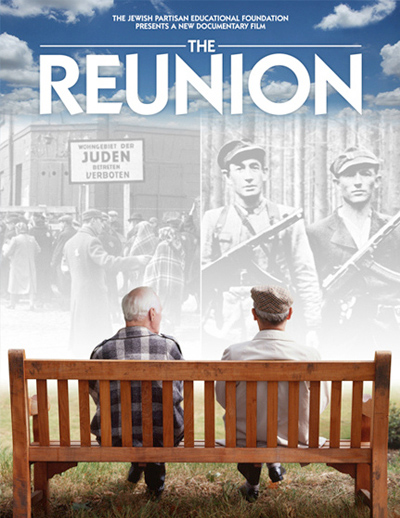