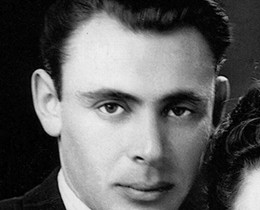 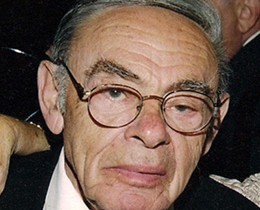 The middle child in a large family from Minsk, Solomon (Sol) Lapidus was drafted into the Red Army on May 10, 1941, his twentieth birthday. Less than two months later, Germany invaded the Soviet Union, scattering much of the Soviet Army throughout the countryside. For three weeks, Sol ran from the German soldiers with only the clothes on his back, heading east towards Smolensk.

He was eventually caught and put in a POW camp, where he languished until August 1941. He managed to escape with a group of soldiers thanks to friendly peasants who supplied them with wire cutters for the fence. Hours before dawn, Sol and 17 others crawled on their stomachs to the relative safety of the woods. There, Sol joined the Chokulov partisan group, which participated in several attacks on railroads and other targets, earning Sol respect within the partisan ranks for his expertise with explosives, a skill he learned as a teen in a Polish summer camp.

The Bielski partisans had their camp set up nearby, which Sol had a chance to visit; the Soviet otriads and the Bielskis often worked together. He met Tuvia Bielski for the first time in September of 1942. They quickly became friends, and Sol valued the kinship that an all-Jewish partisan unit provided him. In his own otriad, Sol did not dare reveal his Jewish identity due to antisemitism. The two met at least once a week and collaborated on many joint operations. Inspired by his love of performance arts, Sol organized an entertainment group that sang, danced, and played music for nearby partisan camps. The Soviet command permitted them to perform since partisan entertainers were useful propaganda. After a while, their reputations preceded them: wherever they went next, a platform stage would be awaiting them, built by the hosting otriad.

Sol continued working as a demolitions expert until his younger brother, who also fought as a partisan, was killed in action during a raid. Deeply affected by this incident, he withdrew from assignments and instead used his expertise to train new partisan recruits.

Towards the end of the war, Sol met his wife Ruth at a concert in Lida. Ruth was also a partisan with the Bielskis, and Sol quickly fell for her kind nature and good looks. When Sol got sick with typhus, Ruth nursed him back to health and saved his life. Because the doctor had passed away, no one else was around to care for him. "We proved that we are people that survived because we [fought] for it, not [because] somebody else was fighting for us," he states, looking back at his time as a partisan.

Lapidus received many medals for his bravery, including the prestigious Order of Lenin. After the war, he immigrated to the United States, where he became a successful businessman. 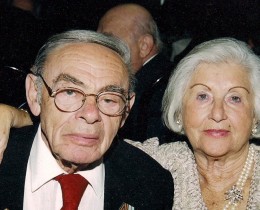