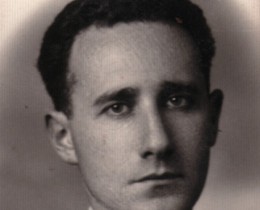 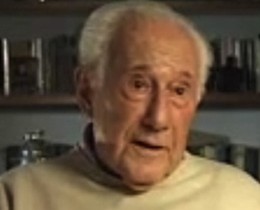 Eugenio Gentili-Tedeschi was born in Italy in 1916. While Eugenio came of age under Mussolini, he was exposed to antifascism at a young age, as his hometown of Turin was a hotbed of opposition. The war began to directly affect Eugenio in 1938, when Italy's Racial Laws -- based on Nazi Germany's Nuremberg laws -- were put into effect. His father lost his job, and while Eugenio's family went into hiding, Eugenio traveled to Milan, where the bureaucracy was inefficient enough that he could sit for his university tests without harassment. After scoring top marks, Eugenio went to work as an architect's apprentice in Milan, where he would stay for several years.

In Milan, Eugenio and his friends tore down the antisemitic propaganda posted in the city, their first act of resistance in that city. Eugenio also began to act as a courier, carrying underground pamphlets from a communist print shop in Turin and carrying them to Milan.

Eugenio left Milan to escape the bombardment that followed the German invasion and took to the Valle d'Aosta countryside. He eventually connected with the partisans, living in the mountains and sketching scenes of his life in the resistance. By this time the Allies had already invaded Normandy, and the Apennine Mountains near Aosta were the site of pitched battles with Axis forces.

Eugenio and his partisan unit kept the mountain trails open for the Allies and kept the Germans pinned down in Italy, preventing reinforcements from reaching the front lines in France. He was personally responsible for hiding the dynamite used to blow up roads and tunnels underneath his bed as well as obtaining supplies needed for daily survival, such as shoes and food. In the fall of 1944, he fought alongside British and American soldiers and then followed the front lines into France before heading back to Rome, where he learned of the liberation of Turin and Milan.

After the war Eugenio settled down to make a life for himself, marrying and continuing his studies. He would eventually become a master architect, as well as a professor at the Polytechnic University of Milan. 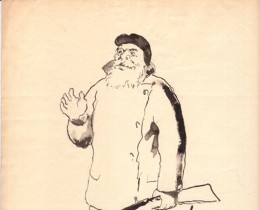