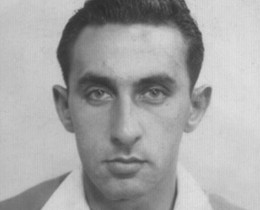 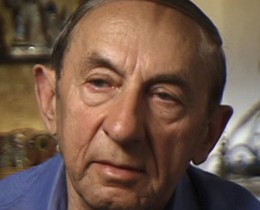 Jeff Gradow was born in 1925 in a small town near Warsaw. When Poland was invaded in 1939, he and his father fled east into Soviet territory. In East Poland, his father found work in a factory in Bialystok while Jeff went to Russian school, soon becoming fluent in the language. When Operation Barbarossa was launched in 1941, Jeff was taken to work as a laborer for the Germans, digging mass graves that he feared would be his own.

Eventually, Jeff took his chances and escaped into the forest. The partisan encampment he found lacked weapons and the intelligence contacts they needed to target nearby German troops. However, in the spring of 1943 the Soviets made contact with the group. They airdropped weapons and explosives to the partisans, sending in professional Russian paratroopers who were armed with short-wave radios.

Reorganized by the paratroopers and boasting a much larger stockpile, the brigade began to fight in earnest. They carried out hit and run sniper attacks, mined roads, and cut phone lines. As the front began to move west, the brigade stood guard over the local bridges, preventing them from being destroyed by retreating Germans and holding them long enough to allow the Soviet tanks to cross.

In the summer of 1944, Bialystok and Baronovich were liberated by the Soviets, and Jeff's partisan group was absorbed into the Red Army. He was sent to the front and later discharged after being shot in the hand by a sniper. He was taken to a hospital outside of Moscow to convalesce and, by the time he recovered, Berlin was occupied and the war was almost over. He fled Russia and entered West Germany, eventually making his way to the United States and settling in Los Angeles. He passed away on June 23, 2014. He is survived by two children and three grandchildren. 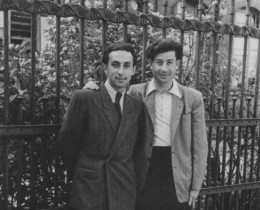