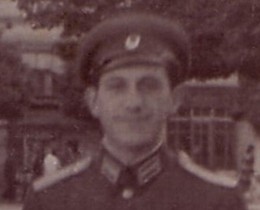 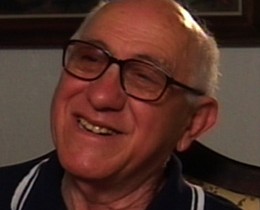 Samuel Levi was born in 1922 in Sofia, Bulgaria. His father was a grocer in their tight-knit community. Samuel was a student at the Komsomol (Communist Youth League), where he attended political and cultural classes in 1940 shortly before the Germans invaded Bulgaria.

Forced into a labor camp near the border with Greece, Samuel watched as Greek Jews were marched to concentration camps. The conditions in the labor camp were harsh, and as food began to run out, Samuel knew he must escape. He followed a group of Greek Jews being marched through his camp and escaped outside the camp walls.

Rejoining the Komsomol, Samuel was in a band of partisans called La Chevdad that roamed Bulgaria, near the border with Yugoslavia. The group stayed in the high mountains or forests to avoid capture. Conditions were difficult for the Komsomol partisans. "We were constantly starving," Samuel remembers." We had some corn flour and water and that's what we ate for an entire month. But we trained, and we were on guard."

It was unusual for partisans to get a full night's rest because of the constant dangers. The group would sleep out in the rain in the summer, but the partisans liked this; for once they could speak to each other out loud and sing as the noise of their voices was drowned out by the lightning and thunder.

Remembering a common partisan action, Samuel comments on the partisans' cunning: "We would take their [police] uniforms in order to confuse the enemy during an operation. We would descend into the villages, and they would think that we were officers, and we would act."

These partisan groups helped tremendously to prepare the groundwork for the Russians who entered Bulgaria in 1944. Samuel recounts his feeling of impending death as a partisan: "For the one year and four months when I was a partisan, I never thought that I would remain alive. No partisan did. We knew that we could all die but die proud that we did something against the fascists." Samuel lives today in Israel with his wife. They have a son, a daughter, four grandchildren, and two great grandchildren. 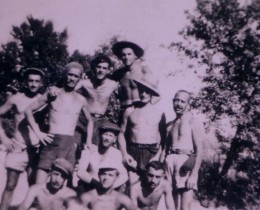