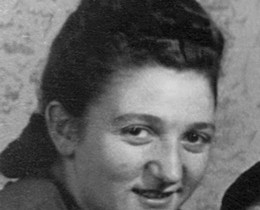 Sonia Orbuch after the war 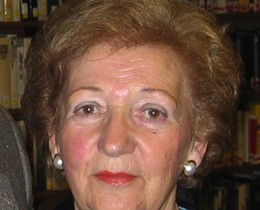 In 1941, the small Polish town of Luboml fell under German occupation following Germany's attack on the Soviet Union. Among the 8,000 Jews in Luboml was 16-year old Sonia Orbuch, born Sarah Shainwald. Sarah would later change her name to conceal her Jewish identity so that she could join a non-Jewish partisan unit.

News spread quickly when the Germans began killing the Jews in the Luboml Ghetto. Sonia's brother and several male friends escaped to join a partisan group, but their group only accepted young men -- so the forest was the only hope for Sonia and her parents. They hid among the trees where they survived in freezing temperatures for months.

Sonia and her family made contact with a nearby battalion of Russian partisans through the help of a sympathetic local peasant. Fortunately, Sonia's uncle Tzvi was a trained scout. The Russians needed his life-long knowledge of the surrounding terrain, and accepted the entire family into their group.

Sonia began her new life in the forest encampment that served as a base for missions of sabotage and resistance. Early on, Sonia was assigned to guard duty and provided first-aid on missions to mine enemy train tracks. With little training, Sonia learned the skills of a field-hospital aide, treating the wounds of injured partisans and using whatever makeshift supplies were available. To avoid possible torture and interrogation in the event of capture, Sonia carried two hand grenades, "One for the enemy, and one for myself" she explained.

Sonia had a suitor in the woods, a young Jewish reconnaissance officer. See a love letter written in Russian to Sonia in her Image Gallery. In 1944, Sonia and her parents faced the decision of either leaving the partisans or joining the Red Army. They decided to leave the partisans and took refuge in an abandoned house infected with typhus, a condition they were unaware of at the time. The typhus soon claimed Sonia's mother, leaving only Sonia and her father.

After the war, Sonia married Isaac Orbuch. Sonia moved to Northern California and had two children and one grandchild. She quietly reflected on the toll the war took on her family: "Was it possible for everybody to fight and get out to the forest and survive? No it wasn't. My brother did not survive, my uncle did not survive," she said. "Many other brothers and uncles could not survive. But every person in the ghetto fought in their own way."

In 2009 she published her autobiography entitled, Here, There Are No Sarahs. Sonia Orbuch passed away on September 30, 2018. 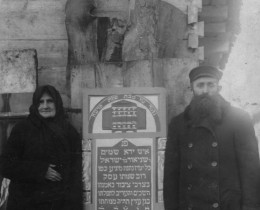 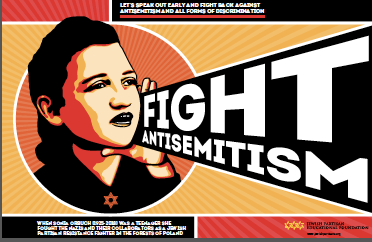 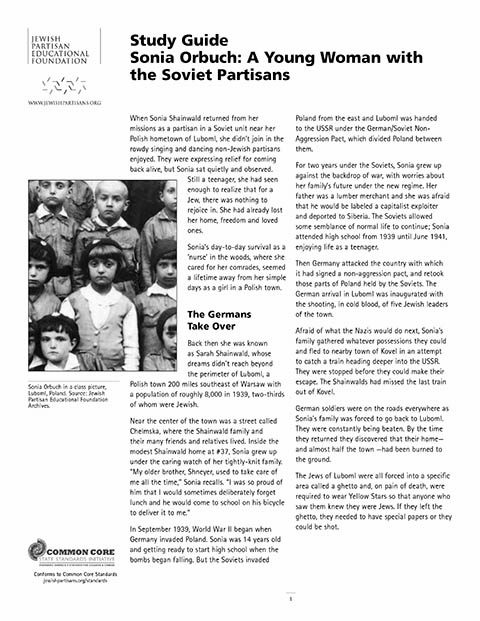