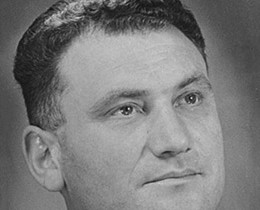 Tuvia Bielski was born in Stankevich, in what is now western Belorussia, in 1906. When Germany invaded Russia in June of 1941, Tuvia and his younger brother Zus vowed never to be caught by the Germans. Tuvia's extensive knowledge of the area saved his life, allowing him to move around frequently to avoid being captured by the Germans who had a warrant for his arrest.

In early 1942, Tuvia began hearing rumors about partisans and decided that if he and his fellow Jews were to survive, they would need to acquire arms and organize all-Jewish resistance groups. Along with two of his brothers, Zus and Asael, Tuvia began organizing Jews. By May of 1942, Tuvia was in command of a small group which, by the end of the war, had grown to 1200 people and was known as the Bielski otriad (brigade). Tuvia was focused on saving as many Jews as possible and would accept any Jew into his group. Many came through the family of Konstantin Kozlovski, a non-Jew, who provided shelter for Jews escaping from the Novogrudok Ghetto and worked with the partisans to free hundreds of Jews from the ghetto.

The Bielski otriad carried out food raids, killed German collaborators, and sometimes joined Russian partisan groups in anti-Nazi missions, such as burning the ripe wheat crop so the German soldiers couldn't collect and eat the wheat. Additionally, the Bielski otriad would seek out Jews in the ghetto willing to risk escape to the forest and send in guides to help them.

By the summer of 1943, Tuvia was the leader of 700 people. In the Naliboki Forest, Tuvia set up a functioning community, where everyone worked to support the community in a variety of ways. There was a hospital, classrooms for the children, a soap factory, a Turkish bath, tailors, butchers, and even a group of musicians who played at festivals. Beyond meeting the needs of its own members, the Bielski otriad was able to provide services to other partisan groups in exchange for food and arms.

By the summer of 1944, the group had grown to 1200. The group consisted mainly of the elderly, women, and children. Tuvia's group was the largest of the Jewish partisan groups. A high percentage survived due to Tuvia's strong and effective leadership and his determination to save as many Jews as possible.

In 2008 the inspiring story of the Bielski partisans was made into the motion picture Defiance, starring Daniel Craig and Liev Schreiber as Tuvia and Zus Bielski.

Visit www.jewishpartisans.org/defiance for more resources on the Bielski Partisans, including JPEF's multimedia curricula to accompany the motion picture Defiance. 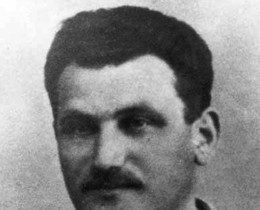 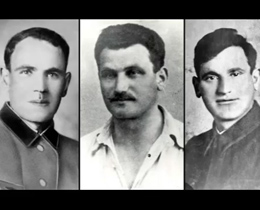 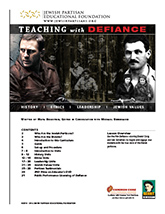 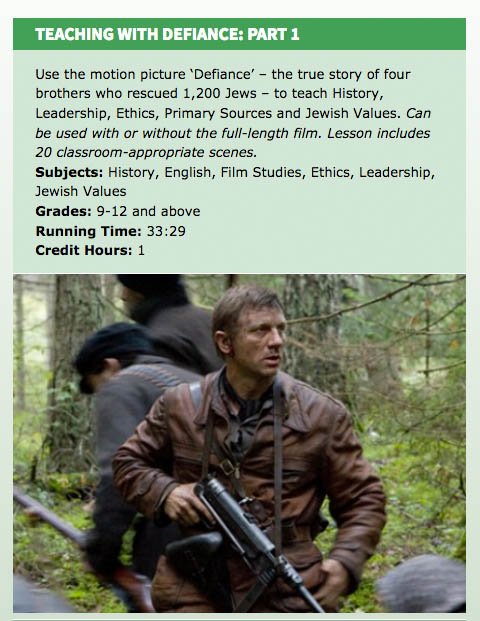 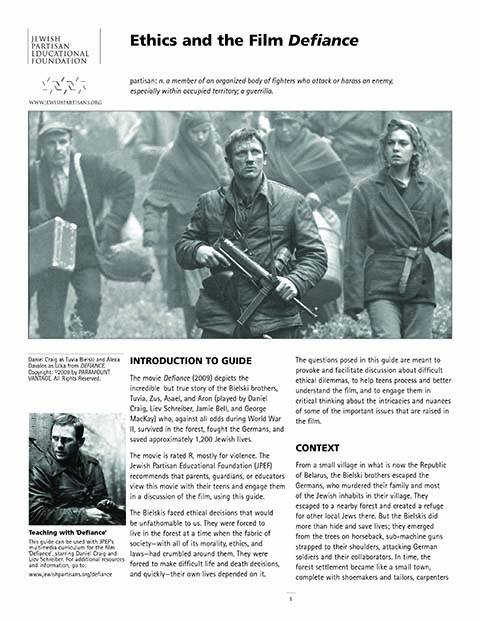 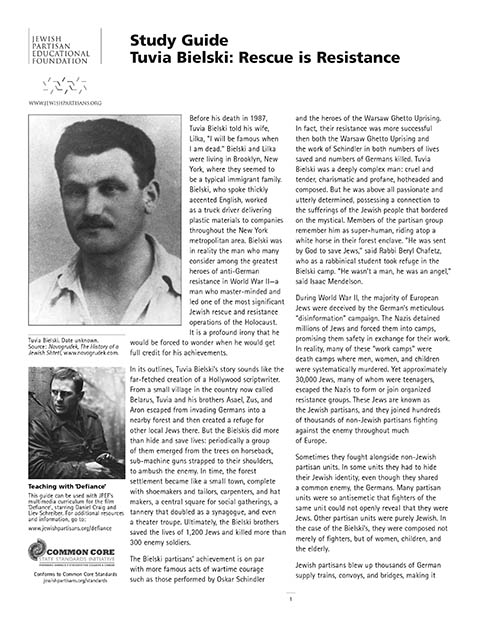 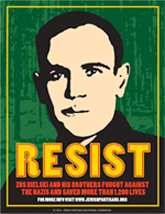